Giovanni van Bronckhorst claimed the scoreline did not offer a true reflection of Rangers’ performance after they succumbed to a 3-0 Champions League defeat at home to Napoli.

The defeat could have been heavier had Allan McGregor not twice denied Piotr Zielinski from the penalty spot following a VAR check for encroachment.

Politano then tucked away his opener from 12 yards, as Napoli became just the third side to be awarded multiple penalties in back-to-back Champions League fixtures (after Chelsea in 2020 and Salzburg in 2021).

Despite Rangers’ defensive shortcomings, Van Bronckhorst believes they competed well before being reduced to 10 men.

“I think we were well organised, we were good in the game, the players were giving everything to get a good result,” he said.

“It was a nice battle to see, Napoli against Rangers, but of course with the sending off you knew it was going to be difficult.

“Allan saved us twice with the penalties, which was fantastic, but the first goal we conceded made me change the way we were playing because we needed to attack.

“In the end I think the 3-0 defeat didn’t reflect the difference in quality today and how the game went on.”

4 – #Napoli have already gained four penalties in #ChampionsLeague this term, equalling their highest such tally in a single season in the competition. Penalty.#RangersNapoli #UEFAChampionsLeague

This is just the second time Rangers have begun a Champions League group-stage campaign with back-to-back defeats, also doing so in 1996-97 under Walter Smith.

But Van Bronckhorst saw a clear improvement following last week’s 4-0 thrashing at the hands of Ajax, adding: “We will learn with every single game we play in the Champions League, if you see the comparison between the first game against Ajax and today, I think we played so much better, with so much intensity, so much character.

“I think we learned from the game last week, the level, the speed of thinking needs to go up. I think we equalled that today when 11 against 11.

“The quality Napoli has with one extra, it was very difficult for us. We wanted to stay in the game longer but the first goal made us change the personnel. You have to always end with 11 in Europe, otherwise it’s a difficult task.”

Rangers are also five points adrift of rivals Celtic at the top of the Scottish Premiership table, having slipped to a 3-0 defeat in the first Old Firm derby of the campaign earlier this month.

Despite being impressed with their performance against Napoli, Van Bronckhorst knows they must arrest their slide quickly, adding: “Of course, you’re always concerned when you concede too many goals, but every defeat is a defeat.

“The manner of the defeat today was different to the first two defeats. But in the end, it’s still a defeat, and we cannot accept three defeats in a row.”

The singer-songwriter also appeared as musical guest during the Dec. 3 episode. SZA is looking for a “big boy” this...
- Advertisement -
Soccer

Dua Lipa Wears Bikini Top Under Blazer As She Hangs Out With Selena Gomez At Variety’s Hitmakers Brunch: Photos 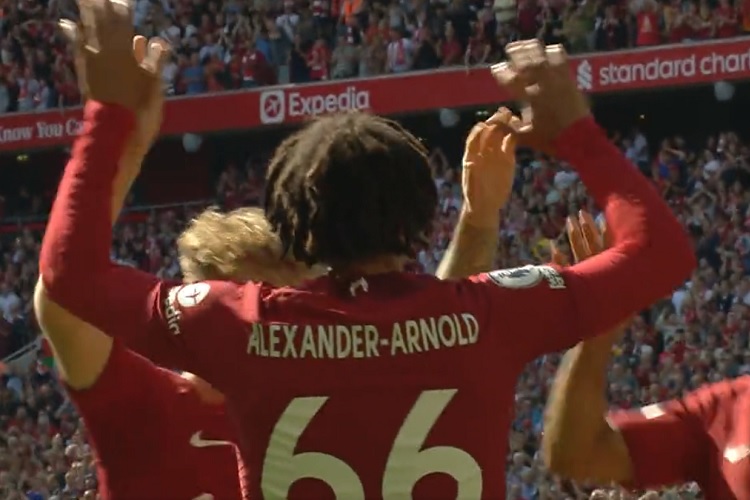