Twinkle Khanna likes to keep it natural and funny. It wouldn’t be wrong to say that she never fails to amaze us with her humour-loaded posts on social media. Now, she has shared a video of herself riding an auto with her daughter Nitara. The author has also shared a detailed caption narrating an incident from the past. Wearing a gorgeous printed outfit with her sunglasses on, Twinkle Khanna can be seen happily interacting with the auto driver. Well, it’s her interesting story that kept us glued to her post. She started with, “Now you know why my first book [Mrs Funnybones] had a rickshaw on the cover).” She, further, wrote, “As a teenager, my friends used to call me ‘Rickshaw Rani’ and I guess old habits die hard.” Going down memory lane, she shared, “I recall one ride where I began the journey by asking, Bhaisaab, how many years have you been driving this auto?” The diminutive driver replied, “Memsaab one year now, before I do embroidery work. I didn’t like it… but good money. Saved and bought seven gold biscuits, all gone in my daughter’s marriage now. But, I still have one gold biscuit left at home so God is kind.”

Later, while getting off the auto, Twinkle Khanna gave him some “kind” advice. She said, “Don’t tell anyone about the gold biscuit bhaisaab! One never knows what kind of people are out there. Someone may murder you.” After this, she wrote, “He blinked rather manically and in a hackneyed manner replied, ‘Ma ka doodh piya hai, let someone try, I will cut his throat.’” Twinkle Khanna continued, “Which was all well and good, Bollywood influences and all I thought, till he pulled out a butcher’s knife from under his seat and said, “See this!”

Talking about her latest auto ride, Twinkle Khanna said, “Today, there were no knives and this turned out to be an unexpected but great end to my last day in town as the little one and I giggled all the way back home. Drop a heart if you love Bombay and all its madness too.”

Before this, Twinkle Khanna went to Goa to spend a nice vacation with her husband, actor Akshay Kumar and their family. The couple shared glimpses of their holiday on their respective social media accounts. Twinkle Khanna also uploaded a picture of herself with her dear friend “inflated pink flamingo”. She wrote, “And it’s time to say goodbye to my dear friend, the inflated pink flamingo and to a magical holiday in Goa. We were so well looked after that it was hard to leave. Gunjan, Nina and Ravi made it truly wonderful,” she wrote in the caption.

Twinkle Khanna also celebrated her birthday in Goa. She shared a picture with Akshay Kumar and her family members including their kids Aarav and Nitara.  Her caption read, “The perfect birthday with all the people I love the most. Thank you for your lovely wishes and here is wishing you all a wonderful new year ahead.”

Twinkle Khanna is the author of Pyjamas Are Forgiving, The Legend Of Lakshmi Prasad and Mrs Funnybones. All of her books were best-sellers.

The actor tells Newsbeat about playing the notorious fictional killer who's now moved to London. Source Info Disclaimer: This story is...
- Advertisement -
Movies

Kiara Advani And Sidharth Malhotra Will Marry On February 7: Report 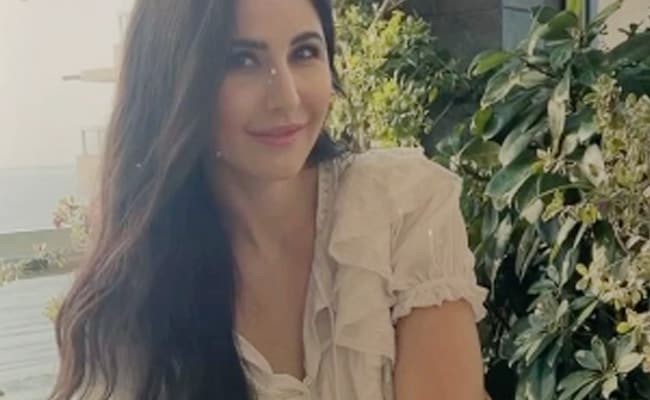