Tom Brady hugged and kissed his three children on the sidelines before the Tampa Bay Buccaneers game on Sept. 25, which his wife Gisele Bundchen didn’t attend.

Tom Brady‘s three children supported the pro quarterback at the Tampa Bay Buccaneers’ home game in Florida against the Green Bay Packers on Sunday, September 25. Tom, 45, walked over to the sidelines during the pregame and greeted his daughter Vivian Lake, 9, and sons Benjamin Rein, 12, and John “Jack” Edward, 15.  He sweetly kissed Vivian on the top of the head, before he hugged his two boys, and then walked back on the field.

Sadly, the Buccaneers lost to the Packers 14-12, marking their first loss of the season. It was Tom’s mother and sisters who brought the kids to the game, not his wife Gisele Bündchen, 42. Gisele has not attended any of Tom’s NFL games yet this season, though she did publicly support her husband before the season opener on Sept. 11. “Let’s go @TomBrady. Let’s go Bucs!” the Brazilian supermodel wrote on Twitter at the time.

As fans know, Gisele and Tom have been experiencing marital issues due to Tom’s decision to reverse his retirement from the NFL earlier this year. At the time, Gisele seemed supportive of the decision. But over the summer, Gisele was reportedly so upset about the situation that she ditched Tom in Tampa and flew to their vacation home in Costa Rica for some space.

Jennifer Lopez starred in a new Coach campaign when she showed off her toned legs in a pair of...
- Advertisement -
Business

Ford is set to report results after the bell. Here’s what Wall Street expects 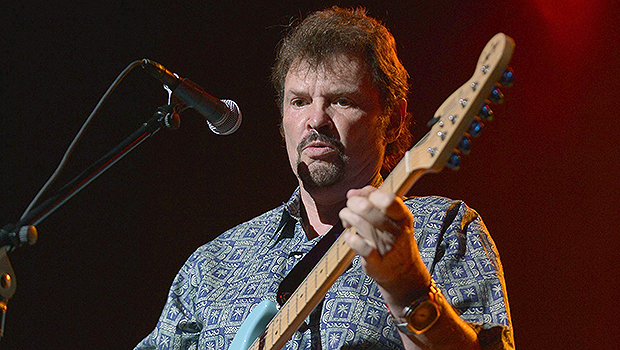 Jeff Cook: 5 Things To Know About The ‘Alabama’ Country Guitarist...