The numbers behind England’s incredible year of Test cricket

In the curious vernacular of sports punditry, it is often said a team or individual which has performed above expectation, if offered their achieved results in advance, would have bitten off, snapped off or otherwise detached your hand (or entire arm), in an act of pre-emptive gratitudinous dismemberment whose legal ramifications are seldom considered.

We can only speculate what acts of exultant limb-removal England’s cricketers and their supporters would have deemed appropriate if you had offered them a run of nine wins in 10 Tests, either at the moment Australia sealed their 4-0 Ashes triumph in Hobart in January, or when Joe Root resigned after a series defeat in West Indies left England with one win from 17 Tests.

Suffice to say, it would have hurt.

The revolution in England’s fortunes since Rob Key’s visionary decisions to appoint Ben Stokes as captain and Brendon McCullum as coach has been one of the most astonishing ever seen in cricket.

The current run of results is only the fourth time in England’s Test history they have constructed a sequence of nine wins in 10 Tests.

The most recent was when Michael Vaughan’s team won 11 out of 12 in 2004. Mike Brearley led England to nine wins in 10 in 1978 and 1979, including a 5-1 win against an Australian side shorn of almost all of its leading players by the World Series Cricket schism.

Those teams all began their sequences from a position of relative preceding success – Vaughan’s side had won four and drawn three of their previous 10 Tests, Brearley’s England had won three and drawn six of theirs, and the 1880s had won five and drawn two.

The Pakistan series took England’s batting revolution to even greater heights of scoreboard-melting speed than they achieved last summer.

They scored at 5.50 runs per over in the three Tests combined, demolishing Australia’s record of 4.66 per over in a 2015-16 clouting of the West Indies as the fastest run-rate by a team in a series of at least three Tests.

England’s 4.54 against New Zealand last summer was relegated into third place. In all, they scored at 4.13 per over in 2022, a new calendar-year record for a team that has played at least three Tests, despite the statistical deadweight of their first five Tests of the year, when they scored at a moderate 3.18.

It is particularly telling that, of the 13 players who have played both under Stokes and McCullum and in the previous 12 months, only one has seen his batting average decline (tailender Jack Leach) and one has posted a slower scoring rate (Ben Foakes, by a negligible amount and while playing several important innings).

If a merciful computer whizz were to hack into the statistical databases of the cricketing world and delete all evidence of the final two Ashes Tests and the West Indies series, Stokes’ England, with a boundary every 9.8 balls, would smash that record as well.

The standout batting star in Pakistan was Harry Brook, whose majestic, multi-faceted strokeplay brought him three centuries and elevated him onto an elite list of players with three or more hundreds in their first four Tests.

Brook was especially good against Pakistan’s breakthrough spinner Abrar Ahmed, scoring 125 for one dismissal off 144 balls, including 19 boundaries (one every 7.6 balls faced; against the rest of England’s top seven combined, Abrar took 13-275, and conceded a boundary every 13.5 balls).

Brook contributed to England making a national-record 22 Test centuries this year (more than in the previous three years combined), spread among eight players.

In 2021, six of their seven hundreds were scored by Joe Root; in 2022, for the first time in a calendar year, six England players scored at least two Test centuries (Bairstow six, Root five, Brook three, and Pope, Crawley and Stokes two each).

For all their extraordinary batting, their performance with the ball and in the field has been equally impressive.

In the field, Stokes and his team have been extraordinary to watch, ceaselessly positive, inventive and unorthodox, presenting unexpected and unfamiliar challenges to their opponents.

They have conceded more regular boundaries – one every 14 balls since June, compared with one every 18 balls over the previous 12 months – but are taking their wickets considerably more rapidly (one every 8.5 overs, down from one per 11.3 overs).

Ten Tests is a relatively small sample size, and stats such as these are affected by a range of factors including pitches, venues and opposition, but they do highlight the shift in England’s approach, with Stokes prepared to leave gaps in the field, constantly probing for weakness and opportunity, and dangling a bewildering array of trademark carrots.

They have turned around positions of potential defeat in at least six of their nine wins, and have taken all 190 of the 190 wickets in their 19 innings in the field, despite often playing on batter-friendly surfaces with unresponsive balls.

The decisive difference between the teams in Pakistan was the vast superiority of England’s seamers.

Collectively, they took 26 wickets at 24.0, the best average by a visiting seam attack against Pakistan in the last 23 three-Test series since 1990-91 (including those played in the UAE).

Pakistan’s pace bowlers, who missed the brilliant Shaheen Afridi like an albatross would miss its wings, managed a pitiful 11 wickets at 63.5, as well as being more than twice as expensive as England’s pacers, conceding 5.3 an over.

The 39.5 runs per wicket difference between the two teams’ pace attacks is the greatest by which England have bettered opposing seamers in any series away from home (minimum three Tests), their sixth greatest margin anywhere, and their second biggest in their last 141 such series, since 1967.

Pakistan’s seamers have never suffered a greater gulf between their collective average and that of their opponents.

All in all, it has been probably the most mind-boggling, expectation-splintering sequence of matches in England’s Test history.

If you had predicted at the start of the tour that England’s two five-wicket hauls would be taken by Will Jacks and Rehan Ahmed (whose matches figures of 7-137 were the best by an England spinner on debut since 1993, and the best by a debutant England leg-spinner since 1933), people would have looked at you with surprise and possibly concern.

If you had made that prophecy in August, and then added England would win the series 3-0 despite Stokes taking only one wicket and failing to reach 50, and Root making only one half-century (and a total of 31 first-innings runs), and with Jonny Bairstow, the principal driving force of England’s pyrotechnic successes of the summer, absent due to a freak golfing injury, they would have assumed you had consumed a large quantity of hallucinogenic cucumber sandwiches and psychotropic scones from a rogue village tea.

This tour, and this English Test year, has entranced, fascinated and inspired in a way that was inconceivable back in January, when Ollie Robinson, one foot halfway to Hobart airport, had his stumps splattered by Pat Cummins.

The eighth main entry in the Grand Theft Auto series is perhaps the most awaited game in the history...
- Advertisement -
Sports

Former Chelsea player rescued from rubble in Turkey after earthquake 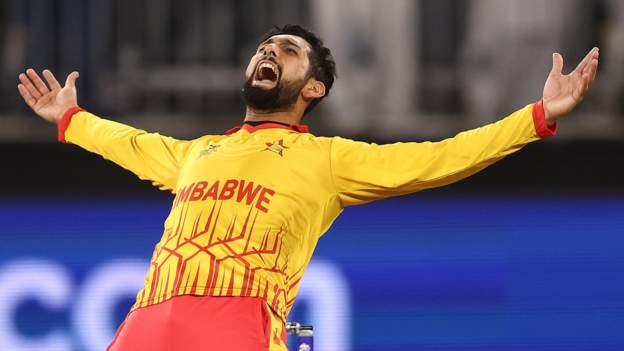 Zimbabwe beat Pakistan by one run in thriller