England cruised to a comprehensive 143-run win over the West Indies in the first one-day international in Antigua.

England slipped to 127-4 before a partnership of 102 between Sciver and Danni Wyatt, who made 68, steered the game back in the tourists’ favour.

Spinner Charlie Dean then took 4-35 as West Indies slumped to 165 all out with 9.3 overs remaining.

It was an impressive return to the side for Sciver, who took a break from the game after the Commonwealth Games in August, and a first win for England under their new coach, Jon Lewis.

The West Indies’ batters struggled to keep up with the run-rate throughout the chase, which was halted by star player Hayley Matthews being taken off the pitch with cramp when she was on eight.

Kycia Knight and Rashada Williams led the hosts to 84-1 before Dean’s spell sparked a dramatic collapse, with Matthews returning to bat but only managing to score 34.

There was also an injury concern for England as Alice Capsey landed awkwardly on her left shoulder attempting to save a boundary.

The 18-year-old left the field to be assessed by the medical team and did not return for the remainder of the match.

The series continues with the second ODI at the same venue on Tuesday.

England started frenetically with the bat, perhaps unsurprisingly given they have not played since the defeat to India at the end of September.

During that series, England struggled without the experience of Sciver, Knight and Katherine Brunt and while there were moments of promise for the emerging talent, it showed a need for the side to avoid its reliance on the senior players.

Capsey, promoted to open in place of Emma Lamb, played with her characteristic aggression – smashing three boundaries before edging a loose drive behind off Cherry-Ann Fraser.

Sophia Dunkley was brilliantly caught at deep cover by Shakera Selman, Tammy Beaumont made a start before holing out to mid-off for 33 and skipper Heather Knight struggled to get going, which was to be expected having been sidelined by injury since June.

Sciver, though, appeared re-energised after her break from cricket, batting with confidence and controlled aggression to score all around the ground as she capitalised on some sloppy West Indies fielding.

Even her dismissal demonstrated her intent, continuing to attack even as she approached a century as a miscued ramp shot over her shoulder ended up in the hands of short fine leg.

The all-rounder found valuable support from Wyatt, who was the aggressor in their fifth-wicket stand, maintaining a strike-rate of more than 100 throughout her innings to put the West Indies bowlers under pressure.

While Sciver’s return and Wyatt’s form are big positives for England, it is vital their young batters step up at some point during the series, particularly ahead of February’s T20 World Cup.

It was not a faultless performance from England – their erratic start with the bat was followed by several dropped chances in the field – and yet it was still a very comfortable victory.

West Indies are a team in transition, struggling following the international retirement of all-rounder Deandra Dottin and missing captain Stafanie Taylor through injury. They rely heavily on Matthews with both bat and ball, and that was glaringly evident in the first outing of the series.

The most economical of the bowlers and the most fluent with the bat, many would have been fearing the worst when she was on the floor in pain just four overs into their chase.

There were signs of promise from others, with Chenelle Henry taking 3-59 and Knight and Williams both making eye-catching 30s, but they will collectively have to improve considerably if they are to challenge England.

For Knight’s side, though, runs from Sciver and Wyatt feel somewhat expected, such is their consistency. But the bowling was a fine all-round effort, with Kate Cross continuing to grow into her role as leader of the attack with 2-27 from eight overs, and Dean achieving the rare feat of out-bowling Sophie Ecclestone.

After a disappointing end to the summer, England were hoping for a response in Antigua – and they delivered one.

Clarkson nicely reminds the audience she's "everything she ain't" in her soulful rendition of the song. Read Full Coverage Here Disclaimer:...
- Advertisement -
Soccer

I want to play in this summer’s Ashes – Archer 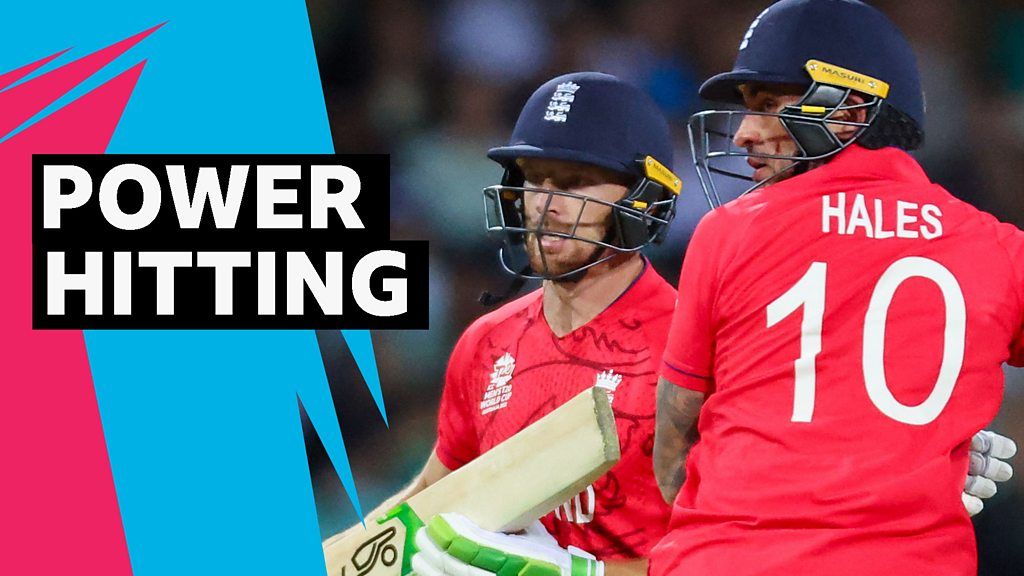