Azeem Rafiq and Andrew Gale are among five current and former players reprimanded by the England and Wales Cricket Board for historical social media posts of a racist nature.

Rafiq had previously apologised for a Facebook exchange from 2011 containing anti-Semitic messages.

Former coach Gale was suspended by Yorkshire for a tweet from 2010.

All five admitted to their offences.

Allegations made by former Yorkshire spinner Rafiq, 31, sparked the racism scandal that has dogged English cricket for much of the past two years.

His Facebook messages came to light in November 2021, at which time he said he had “absolutely no excuses”.

Following the claims made by Rafiq, Gale was one of 16 people to have their employment terminated by Yorkshire in December.

He had been suspended for the tweet in question the previous month. At the time he said he was “completely unaware” of the offensive nature of the term used and deleted the tweet as soon as he was made aware.

Gale, 38, is facing further charges from the ECB, but has said he will “not engage” with the disciplinary process.

Somerset fast bowler Jack Brooks, also 38, was found to have used a racially offensive term in two tweets that were deleted in November last year after being highlighted in a newspaper report.

Wyatt, 31, and 30-year-old Jones posed together in a picture that was posted on Instagram in 2013 and deleted in April 2021 after a complaint from a member of the public.

Dave Bautista Has “High Hopes” Of Starring In A Rom-Com: “Am I That Unattractive?”

England beaten by inspired India in U19 final 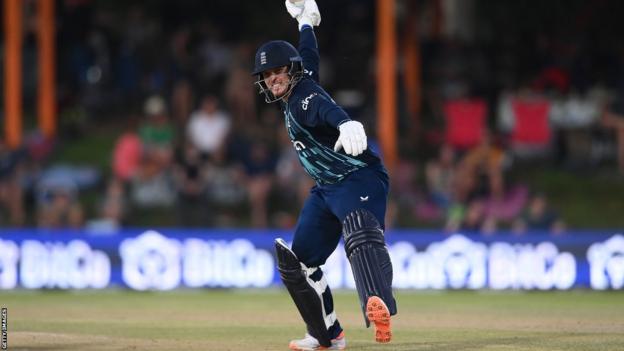