NZ’s structure has nurtured Mitchell on & off pitch

New Zealand’s Daryl Mitchell is a jack of all trades and master of one.

A late entrant to the international game, the 31-year-old made his international debut in 2019 after more than 200 games in New Zealand’s domestic system, where contracts run for just seven months.

Now he is preparing for his second T20 World Cup semi-final in as many years, with New Zealand taking on Pakistan in Sydney on Wednesday.

It is almost exactly a year to the day after they defeated England in Abu Dhabi, thanks in no small part to Mitchell’s unbeaten 72 off 47 balls.

“The nature of New Zealand’s small population,” explains Mitchell, “is that domestic cricket is seven-month contracts and the other five months gives you opportunities in the winter, whether you want to go overseas and play or pursue other things outside of cricket, which I think is really important.”

It was a move that meant players such as Mitchell wouldn’t slip through the cracks as they were able to remain in the game rather than be forced to pursue alternative employment.

In 2021, Mitchell received a central contract from New Zealand Cricket, meaning that for the first time he was officially a cricketer for all 12 months of the year.

“As you’re getting closer to the New Zealand set-up, you’ve got A tours and stuff like that which keeps you playing,” said Mitchell.

“But I think it’s important also to have a balance outside of the game that allows you to see that there’s more to life than a game with a bit of wood and some leather.”

Throughout his domestic career, the five months a year that Mitchell had off the sport were just as important to him as the seven months on.

When he first played at Northern Districts in 2012 as a 20-year-old, he was completing a bachelor’s degree in exercise and sports science.

More recently, from 2018 to 2020 he worked as an assistant strength and conditioning coach at Waikato Rugby, in a return to the club where it all began.

Mitchell’s father John is a former All Black who was playing for Waikato when Daryl was born.

The combination of a decade of hard work to reach the international game alongside spending off-seasons working outside the sport has given Mitchell the ability to recognise the honour that comes with playing international cricket, while also appreciating the sport in the context of the wider world.

“For me, any chance to get to play for New Zealand is really special and I just want to have that fern on my chest and be really proud to represent my country,” Mitchell says.

“But, then again, it’s a game of cricket. And we don’t make it bigger than what it is.”

Mitchell has the reputation of a man who gets things done. One of the stories of the 2021 World Cup was his success at the top of the order, where he averaged 34.66 and had a strike-rate of 140.54 having never previously opened the batting in T20 cricket.

This year, he is back in the middle order and playing with a fracture in his hand after taking a blow in the nets just three weeks before the Kiwis’ first game.

“I would have been absolutely gutted if I had missed out and I’m just really lucky and grateful that where the fracture is in the hand it hasn’t been too painful,” Mitchell adds.

“And it’s always a good reminder that anything can happen and that we’re very lucky to be able to do what we do to be able to represent our country on the world stage.

“To open at the last World Cup was a really cool challenge, but at the same time batting in that five position is awesome as well.

“It’s so different each time you go out to bat. You can be three for nothing or you can be flying and having to hit the first ball for six.

“But I think one of my skillsets is that I’m able to adapt to different positions and different situations, and that suits my role. I’m not bothered where I bat. I just want to win games of cricket for the country.”

And on Wednesday, a year on from when he did exactly that against England, he’ll have the chance to do it again. This time against Pakistan. 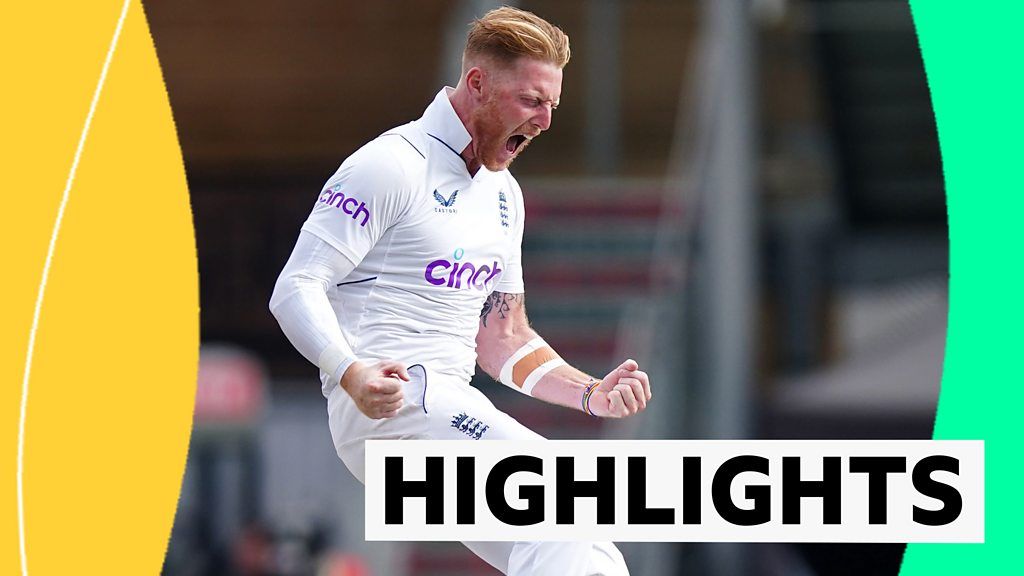