The Sixth Love Language Does Not Exist

The number of county championship and Twenty20 Blast matches could be cut.

The new plans also would see a First Division reduced to six teams and dedicated windows for the One-Day Cup, T20 Blast and the Hundred.

They come after England’s disappointing Ashes campaign, with Australia securing a thumping 4-0 win.

Former England bowler Steven Finn told the BBC he believes the recommendations could see an improvement on the “world stage”.

“I hope it means there is a uplift in the standard of cricket,” he said.

“Sometimes you can drift through games or weeks because they come so thick and fast sometimes with the cramping of the season.

“There should be an uplift in quality. There may be a reduction in quantity but the quality is the most important for the game to compete more on the world stage, which ultimately this report is all about.”

And despite not wanting to be drawn on how many county games would be appropriate for players, Surrey’s director of cricket Alec Stewart, whose side claimed this season’s County Championship title, agrees cutting game time can improve players.

“Once the energy drops your performance drops so you are trying to maintain the high performance, which is what the review was all about, so it is getting that balance right,” he told BBC 5 Live Sports Extra.

Warwickshire director of cricket Paul Farbrace said he backed “having a really good look at what is the best structure for English cricket” but that “we just have to be careful”.

“If we want to be the best Test nation, we’ve got to make sure our players are playing enough red ball cricket,” he told BBC Radio 5 Live.

“My personal view would be that I’d like to see the three groups of six – that would be a really good way to go,”

“That doesn’t necessarily mean at Warwickshire that we are going vote that way. There is a lot of work to be done to get to that stage but I do like the best versus best because that’s the only way we are going to compete and be the best Test nation in the world.”

“There are differing opinions on all of this and you can have huge debates on what makes a better Test player,” he told BBC Essex.

“In my opinion reducing the amount of red-ball cricket is not the way to produce better Test cricketers.

“Certainly from an Essex point of view, we wouldn’t want to see a reduction in the amount of championship cricket.”

Middlesex issued a statement saying they “will not be making any decisions on the outcomes” of the review until they had “completed a full and thorough consultation process with the club’s members”.

But the club added: “We strenuously wish to underline our position on being opposed to any reduction in the volume of first-class cricket played across the season and most importantly the County Championship, and we firmly stand behind our belief that this should remain at 14 games over the season.”

Surrey’s Stewart said he has to be mindful of the finances at his club when weighing up the new proposals.

“If it was just high performance and you forgot the members and the finances then yeah go for it,” he said.

“But it is a little bit bigger than that. In my opinion we must respect the members who pay their membership money to come and watch and support. The finances that makes the game happen, does it all balance up nicely?”

And Sussex’s Filby added that the reduction in T20 cricket at their ground would hit their revenue.

“In Sussex, particularly the T20 competition, we fill the ground up,” he said.

“In 2018 we had sell-outs and that obviously has financial benefits to us, roughly £100,000 for each of those eight games in terms of profit.

“But also the 6,500 people who turn up to each game are getting an opportunity to really enjoy an experience at the cricket.

Essex’s Stephenson agrees with Filby and told BBC Essex: “I don’t think the club are in a position to vote for any reduction in home T20 cricket.

“That is our life blood, that is what brings in the revenue to the club. But not only that, it’s something our members love to come and watch.”

Surrey’s Stewart is critical of playing the County Championship while the Hundred is running.

His side loses “12-14 players” to the Hundred in August and he questioned if it can be “a fair, equal competition” as each county does not lose the same number of players.

He would rather play “meaningful” cricket in August, saying the 50-over games played during the month this year are preferable as it allowed him to blood new talent.

Filby agrees the 50-over competition would be more appropriate and added that his county would be unable to sell tickets for the proposed red ball festival.

“We played the [Test] world champions at Hove over the May bank holiday [in a First Class fixture] – it is quite a good time to attract an audience and people didn’t want to come and watch that,” he said.

“We couldn’t sell it. So if we can’t sell New Zealand the chances of us selling some random festival red ball cricket in August are nil.”

Filby said the festival was one of two “red flags” in Strauss’ proposal with the other being a “reduction in T20 blast games”.

“I hope the ECB views the 50-over competition with blooding young players as a high-performance bonus.”

What will it mean for player welfare?

“The PCA and majority of professional players agree that the current schedule is unsustainable and requires reform,” it said.

“The PCA and the players support the vision to make England the best team in the world across all formats.

“For this to happen, players need to be allowed space to grow and develop with appropriate rest and recovery to maximise performance and protect player welfare.”

It added it would debate “the merits of the findings of the review and more detail is needed” and will work to “achieve a positive outcome for the players and the game”.

Emmerdale fans were left utterly gobsmacked after a popular fan-favourite character was caught out screaming swear words on the...
Hollywood

Wall Street took a close look at Disney and Microsoft. Here’s our take

Five things we learned in the Rugby Championship 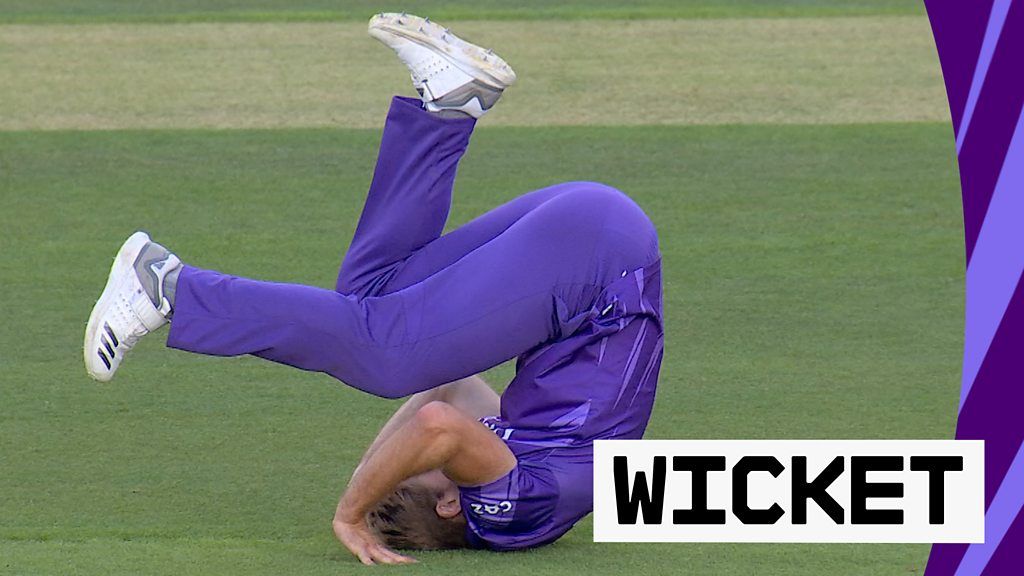